What Sets Us Apart From Elmiron
Marketing & Advertising Agencies? 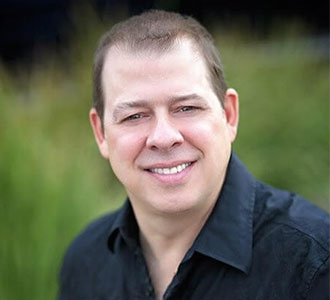 Are You Price-Shopping
for Elmiron Leads?

Prices are constantly changing and tend to rise over time. It’s easy to get our latest price sheet delivered to your inbox by filling in your name and email address below.

Then you can schedule a call with us to get a more custom quote that will lock in our best rates!

Ready to Grow Your Legal Practice?

The drug marketed under the brand name Elmiron and known under its generic term “pentosan polysulfate sodium” was developed and manufactured by Janssen Pharmaceuticals (a division of the more well-known parent company Johnson & Johnson).

Elmiron was approved by the FDA in the United States in 1996 for use in treating interstitial cystitis (IC), also known as painful bladder syndrome.

In August of 2018, doctors began to notice a clear link between eye-related injuries and Elmiron. In the last few years since then, a growing body of evidence has been building up. For example, numerous studies show a clear link between the drug and severe eye injuries in a substantial percentage of people taking Elmiron over a long time.

From 1996 to June 2021, the warning of side effects disclosed by Janssen Pharmaceuticals did not include the risk of eye injuries, such as a disease known as macular retinopathy. Macular retinopathy (or maculopathy) can lead to severe vision problems, including permanent blindness.

The central claim in the hundreds of Elmiron cases litigated around the United States is that the manufacture of the drug was negligent because of failure to warn of eye-related injuries. Therefore, consumers could not make informed decisions about their health and the associated risks of taking Elmiron.

Because of early-stage development in the current cases (with no verdicts or settlements reached as of October 2021), there are some risks associated with Elmiron injury cases. At the same time, Elmiron is another “ground floor opportunity” mass tort with the potential for a HUGE return on investment and conversions.

The timing also seems fitting. After several years of attorney advertising to create awareness for those taking Elmiron, momentum is growing. As a result, more and more victims are starting to seek out PI attorneys for injuries related to Elmiron.

The opportunity for Elmiron cases has never been better. Let us help you grow your firm with these new emerging Elmiron mass tort cases! With this ground floor opportunity, it could be one of the best investments for your legal practice.